Batman is the essence of perfection for a mortal man, Superman is in himself a god, and Thor being literally a demi god. In our world, we do not have the essence of any human being a superhero with just phenomenal super abilities such as laser vision, flying, or squishability…. Yes, squishibility. It would seem we have an abnormal ability in our world, and it belongs to the American Cockroach.

The American Cockroach is believed to be an unbeatable menace to us. We have tried everything to get rid of these bugs squash, drown, smash till you resign to vacuuming them away and just throwing them out into someone else’s trash or the next dumpster you can find. They are the Super villains of our world’s only Superhero being fire or chalk.

Biologist at Berkeley College decided to further analyze the cockroach. How these being do’s escape death repeatedly? How do they maneuver their way into all the small crevices and cracks in our houses? How are they so indestructible?

Berkeley Scientist discovered that cockroaches can squeeze down into a tenth of an inch crevice, but they also discovered that at ¼ inch gap they can run close to 20x their own body length per second. They contort their legs to move it out of the way of their body and use more beside their feet to move through and area. Their shells are not as hard as they appear and actually are quite pliable, allowing them to withstand 900x their own body weight. Their ability to contour and ply away from attacks help and make it impossible for you to kill them without suffocation. 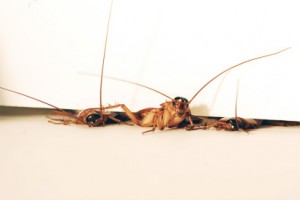 What does this have to do with technology you may ask? Berkeley believed these creatures had much to offer us with technology. They saw the opportunity to make a robot based around the cockroaches’ superpowers to help in the search and aid of our search and rescue routines in disaster situations. If they could create a robot with the same abilities, we would be able to send it into the crevices of rumble and find more of those trapped quicker and possible save some lives.

They invented CRAM, Compressible Robot with Articulated Mechanisms. It mimics many of the abilities of the cockroach such smash its size, running without its feet, and withstanding high levels of pressure. It can squeeze down to half of its size, allowing it to get into the small crevices of rumble.

CRAM, in theory, would be equipped with a camera built in. First responders would place several of these robots on to the rubble to search for safe places to enter along with survivors trapped under the rubble. Cram would be able to safely enter the rubble without any fear of compromising its safety or the safety of the survivors.

CRAM is currently in the prototype stages and is being tested for real life use. Berkeley is not stopping with cockroach robots. They are pursuing the animal kingdom to create new and more effective robots. We will be seeing many more of these types of robots in the future, and they could revolutionize our lives.