Black Friday is one of the most sought after events for the consumers and businesses alike. We believe we are saving hundreds of dollars at Black Friday while the businesses believe they are making thousands of dollars and clearing off their shelves for the coming new year of latest supplies. Little do people realize though that the Super Bowl brings some of the best sales for TVs even better than Black Friday.

Leading up to Super bowl, stores begin to mark down 2015 TVs. They are looking to clear their shelves for the new TV releases for 2016. With the Super Bowl being one of the most watched TV show of the year, consumers scrabble to find the latest TV for the big game, and Businesses take full advantage of the rush to get the best TV for the consumer. Before the Super Bowl, you can find TV sales up to a 20% mark down.

You may think that is a great deal, and trust me, it is a great deal. But it is not the best deal you can get. If you can wait and hold out till after the Super Bowl, you will find even better mark downs. In a desperate last attempt to clear the last of their 2015 TV’s before April brings the new stock of 2016 TV’s, stores increase the sale mark downs. In hope they will have less overstock, they will cut prices 30% or more.

What you really may not know about these sales is they are top of the line TVs. Stores want to be ready for new supplies, meaning everything must go. Black Friday does not necessarily mean the top-of-the-line goes on sale. Black Friday’s Samsung UN60JU6390FXZA model was released specifically for Black Friday to draw people in, but now, you will see Samsung 65-inch 4K SUHD Smart 3D LED TV on sale and from reports it has decreased $1,000 in 4 months. If you are looking to buy a TV, now is the time. From now till April, you will see the biggest TV sales of the year. 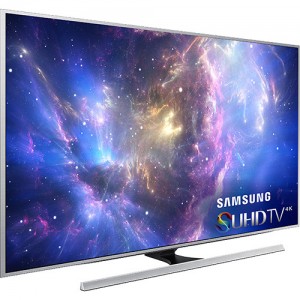 With the sales going on, you are probably wondering whether or not you should get a 4K TV or not. Now, while this will be a personal choice, there are some things to be considering before you jump the gun and buy one. First, can you see the difference between 4K and 1080p? A 4K TV can run a hundred or a couple hundred extra than just the regular HDTV. If you cannot tell the difference in quality between the two,then you should save the money and get the HDTV instead. Maybe invest in a smart TV instead. Second, even though, we are now capable enough to film in 4K, and we do. Many films are not released in 4K. Many of our theatres cannot afford to install 4K projectors. There are a few films that cater to the 4K experience, and blu-rays are catering to them more and more. You will still be limited in the full 4K experience for a while. Final, you will be sacrificing the quality of your DVDs. It is often overlooked how poor your DVDs look on the 4K TV. I remember right when Dark Knight Rises had just been released. I bought the DVD and watched it at a friends house with a 4K tv. I have never seen a movie look so fake. This brand new movie, and I could literally see their punches missing each other. Sometimes there is such thing as too high def. So if you have an amazing DVD collection with very few blu-rays, go with HDTV and enjoy your favorite films over and over again.