Google recently announced the new Youtube Red, which is a subscription version of Youtube without ads and will provide access to special shows and movies. This is just one of several new products being offered by Google involving the video giant. Last quarter’s results for Google beat Wall Street expectations for sales and profit because of the tremendous amount of video viewing from mobile devices. Google plans to continue to expand Youtube as it has been bringing in the bulk of Google’s profits for some time now. The site will be the main hub of Google’s virtual reality exploration as it has unveiled the new Google Cardboard, a kit that turns your smartphone into a virtual reality headset. This is one of several movements of Google’s to reinvent video. Google’s Success with Youtube

Google has assured viewers that the new Youtube Red will not replace the old add-supported Youtube, so those of you who don’t like change can breathe easy, but for those who want to be free of those pesky ads this will also be good news. On top of ad-free viewing of existing videos, Google is going to be rolling out its own original content, exclusive to Youtube Red subscribers only. Many existing Youtube stars will be part of this original content movement, producing scripted series for the video website giant. Users will also have the ability to save videos and watch them offline later, so no more downloading Youtube videos with 3rd party programs to watch later in internet-less homes. Youtube Red will cost subscribers $9.99 a month, which is about average when you compare it to many other viewing services like Netflix and Amazon Prime. Time will tell on whether the money is worth it, and if this new move will pay off for Google. 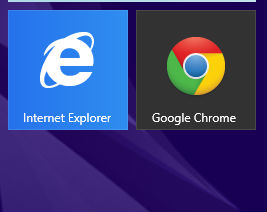